The new system, named “Autobell Smart Auction,” provides an online and real-time bidding service, accessible even through a smartphone. The cloud-based system allows businesses to offer three times a higher number of units for auction than the previous methods. 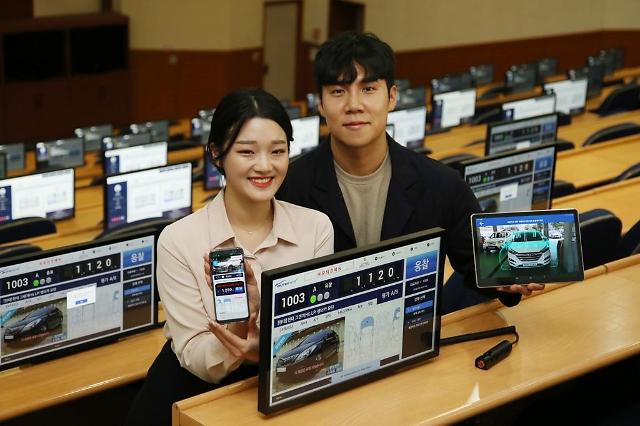 About 1,900 used-car dealers registered on the system can access and participate in online auctions. As opposed to offline auction programs held once a week, online auctions allow for conduct of three programs a week.

Hyundai Glovis said that the launch of the new service would provide a boost to the used-car industry. The industry has suffered from a lack of trustworthiness and transparency. The company believes its contactless cloud-based auction system would ensure transparency for bidding resulting in good price discovery.

Hyundai Glovis entered the used-car auction industry in February 2001 after conducting its first auction. Since then, the company sold more than 1.1 million used cars as of last February.

The company said that the new auction system would become a win-win opportunity for both sellers and buyers. Hyundai Glovis added that it would continue to develop new methods to advance the local used-car market and enhance customer service.

Hyundai Unveils Mobile Eccentric Droid: A ride for all terrains