by KoreaTechToday Editor
in Uncategorized
0

Mykoon, the parent company of the better known Spoon Radio, surpassed $20.2M USD (23B KRW) in 2018 annual sales. This trajectory makes for a more than 900% year after year growth rate.

Spoon Radio, which started in March 2016, is a private radio broadcasting service which successfully targets Z-geners. Users aged 18 to 24 account for more than 70% of all users. Accumulated downloads range to 5.7 million, and more than 1.2 million visitors per month, with about 26,000 radio broadcasts per day.

Many mobile services fail to monetize after traffic growth, but Spoon Radio is driving sales growth with a strategy that puts creators’ profits first. In fact, well-known DJs (known as “Spooners”) from “Spoon Radio” are making more than $ 4,400 (5M KRW) a month while Top 10 DJs make $88,000 (100M KRW) a month on average last year.

“Spoon Radio is continuing its growth by proving its potential as a global audio platform. We will focus on recruiting talented to make a new leap to the global stage.” 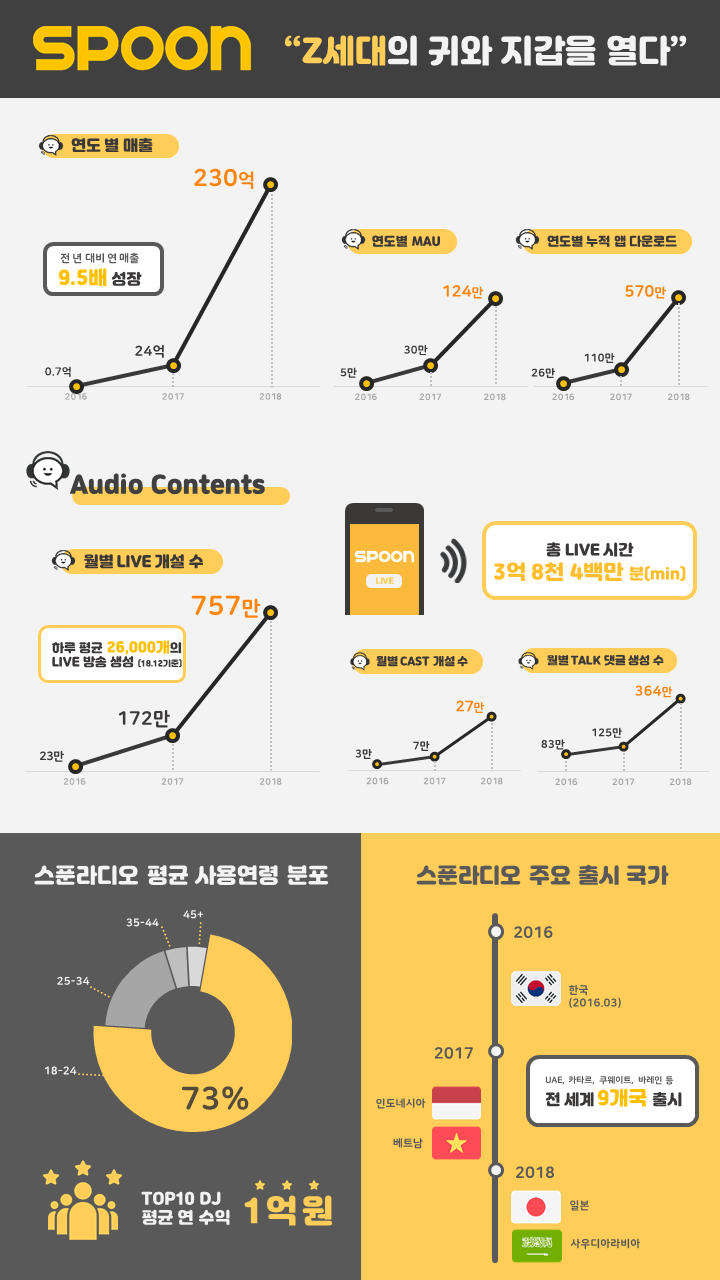