by KoreaTechToday Editor
in SK
0

Capital Group, along with Fidelity and Vanguard, is considered one of the top three asset managers in the US. Hyundai Motor, and Hana Financial Holdings have more than 5% of shares in Korea. Although it had more than 5% of Samsung Electronics’ shares, it was excluded from the list of public disclosures when it sold some of its shares. 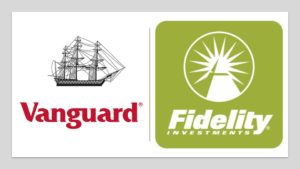 The Capital Group’s increased investment in SK Hynix seems to be based on the judgment that the semiconductor market, which has suffered from the super boom, will not plummet. In fact, experts expect that the memory semiconductor industry will be able to make adjustments and revive demands starting from the second half of this year.

“We expect that supply and demand for memory businesses will gradually stabilize as demands increase due to effects of peak seasons, expansion of new CPUs, and impact of release of new Smartphones in the second half of this year.”

Meanwhile, SK Hynix is going to announce its fourth quarter performance on the 24th of last year.