Why are the Tech Tigers Samsung and Apple Making an Alliance?

Samsung Electronics, on the 6th (KST) that it has formed a partnership with Apple in Las Vegas where CES is held.

Users of Samsung’s new smart TVs (including software updates for products released in the first half of last year) will have access to iTunes and AirPlay without a separate device.

It is the first time that Apple, which has a closed policy, has installed iTunes in a third-party device.

Analysts say that this is a result of both companies’ sense of crisis in the midst of Chinese companies’ strong pursuit in Smartphone and TV markets. According to a market research company called Strategy Analytics, last year’s smartphone market grew for the first time. Apple sold 209.6 million units last year, down from 215.8 million units a year earlier. On the other hand, Chaser Huawei sold 200.7 million units last year, exceeding 200 million for the first time. Apple’s stock price is plunging due to its forecast of deteriorating performance in the first quarter of this year. Apple CEO Tim Cook lowered its sales estimate by 9 percent to 84 billion U.S. dollars (94 Trillion won) in a recent letter to shareholders. 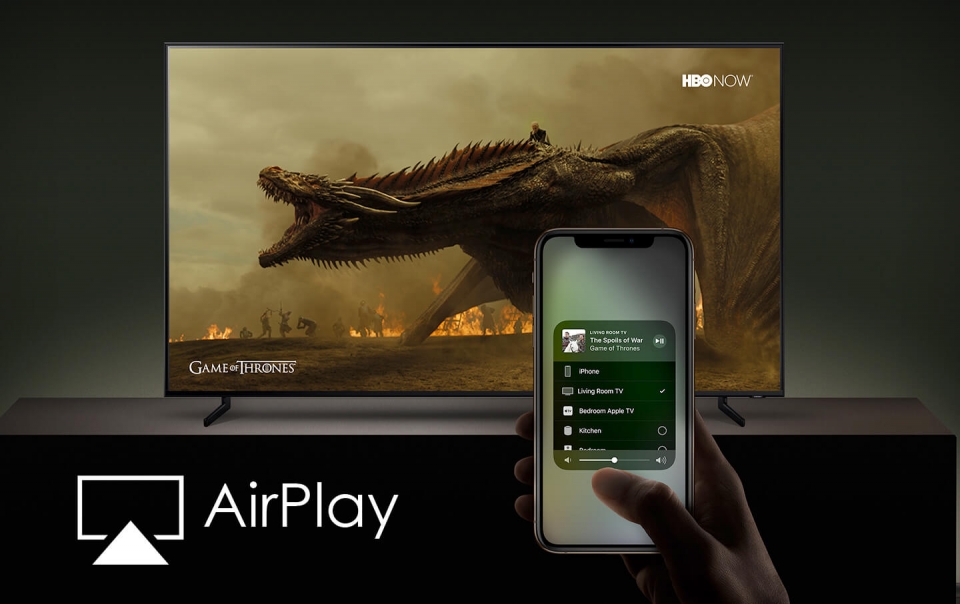 As the news spread, the market capitalization, which surpassed $1 trillion in August last year, fell below $700 billion.

“We have high expectations about providing iTunes and AirPlay2 experience to Samsung Smart TVs worldwide.”

Samsung Electronics also has a lot to gain from this cooperation. As the premium TV market is stagnant recently, LG Electronics is chasing after OLED TV.

“Samsung Electronics has pursued an open partnership that transcends the difference between OS and products in order to provide a valuable experience from a consumer’s perspective,”