On the 24th, a startup company called ‘dansaek‘ made an announcement that it has completed $0.35M USD (400 million won) worth of seed investment from POSCO Technology Investment, Incheon Creative Economy Innovation Center, and N15.

Dansaek is a women’s clothing line that started from daily inconvenience of women. It has developed ‘non-leak underwear’ that does not leak vaginal secretions even if one wears only underwear without a separate pad and is currently pioneering a new field in the functional women’s clothing market.

Non-leak underwear, which is major products, are high-quality sanitary underwear that was developed by Dansaek for the first time in Korea. Wear it alone on a day when you have menstruation to help you live comfortably. It is an integral sanitary underwear that does not require a separate pad and can be washed and reused. The non-leak underwear, which consist of four lineups so far, were constructed using capillary tubing to minimize moisture and to be woven into antimicrobial agents to suppress germs and quickly absorb secretions. Recently, it even developed a separation style that can be easily changed anywhere by applying hooks to both waist segments.

The products were tested for stability through various tests such as ingestion rate, antibacterial resistance, dryness, and absorption through the KATRI(Korea clothing test). The company aims to release the Korea’s first product licensed by the Ministry of Food and Drug Safety through continuous investment and development. Because it is currently producing 100% of its products in South Korea, it is managing production process directly.

Starting with the “non-leak underwear” Dansaek, the company will gradually increase the number of fem-tech products that can help women’s daily lives comfortably. The funds will be invested in research and development of new products, securing machinery and marketing in addition to the planned functional products.

Fem-tech is a combination of feminine and technology. It is a technique that minimizes inconvenience in women’s daily lives. 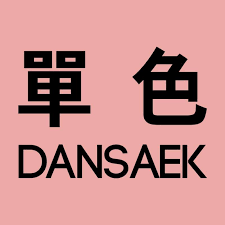