Samsung held an online forum where the climate tech and pollution control-related AI research updates were announced. The Korean tech giant is developing machine learning models to find dust distribution in the atmosphere. The company trains the models by collecting satellite data and 11 types of weather condition data as input along with PM2.5 data for the output measured at ground observation stations.

At present, the company has trained a random forest model where Samsung has successfully predicted the concentration of fine dust in all regions of South Korea. It will enable regional areas and authorities, and firms to control pollution in the respective regions. 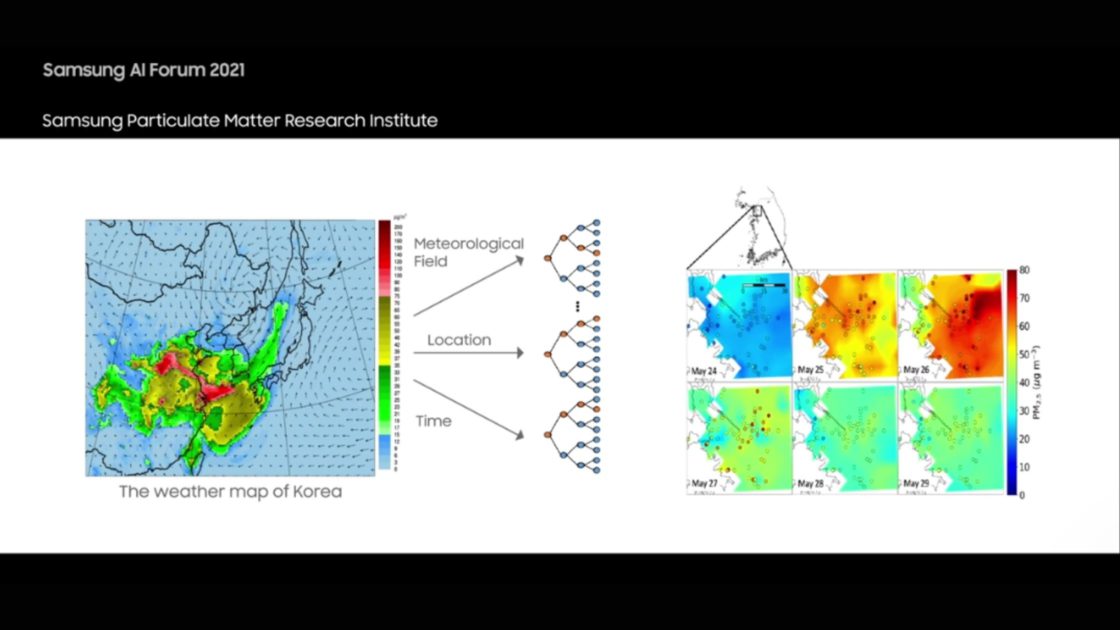 “SAIT is conducting AI research to address scientific and social issues. The early results are promising, but there are many obstacles that need to be solved. To this end, we are collaborating with various research institutes, such as MILA, NYU, KAIST, and we expect that this cooperation will lead to better research results.” Young Sang Choi, the corporate VP at Samsung, stated in his session in the Samsung online forum.

On a similar subject, the Gumi plant of LG Innotek recycles 22,000 tons of waste in a year which can potentially reduce 970 tons of greenhouse gas emissions. With this, raw materials for cement and plastics are generated by recycling material synthetic resins and glass, which are released from the production process. Besides, the company collects copper and gold to reuse them for various forms of raw materials.

A green strategy by LG Electronics was recently reviewed and validated by SBTi, a global organization that sets Science-Based Targets for firms worldwide. To reduce GHG emissions by 2030, LG Electronics has been taking tech initiatives to be in line with Business Ambition for 1.5°C since 2020.

With the help of these tech projects, the company has managed to get recognition from the SBTi. Additionally, LG Electronics has also been recognized as the Eco-leader by Green Builder Media.

In the automotive industry, which is typically exposed to air pollution and climate issues, Hyundai Oilbank joined hands with a Danish company for carbon reduction technologies. The duo will be developing e-fuels, also known as renewable synthetic fuels, to operate vehicles and airplanes in a climate-friendly manner.

Korean tech organizations are taking initiatives in environmental monitoring through various AI and other tech projects.

In April this year, UNEP partnered with regional Korean governments to combat air pollution. Korea also set up autonomous robots to work on industrial complexes in the country’s south to monitor air quality. At present, a few thousand miles above them, a satellite offers real-time air quality data to the public. For the past couple of years, air pollution and climate change have been a key agenda for the country, encouraging tech organizations to follow the same.

The country has set a mission to reduce greenhouse gas emissions by at least 40% by 2030. President Moon Jae-in officially announced the mission last week at the United Nations climate summit in Glasgow, Scotland. With Korean tech firms taking initiatives in scientific research to tackle environmental issues, the goal set by the country is likely to be achieved by 2030.