by KoreaTechToday Editor
in KT
0

KT stated that its the first South Korean company to apply Cloud-based Blockchain (BaaS) platform to its in-house service.

Although the blockchain market has become a buzzword, the expertise, cost, and time needed to apply the technology are still seen as a major barrier for many companies.

Accordingly, KT introduced the service to provide an environment where Korean companies can easily develop blockchain services. KT BaaS provides a function that automatically configures nodes in Ucloud without having to establish a separate server. Companies that want to apply blockchain can reduce the cost of establishing servers through KT BaaS while reducing development period for blockchain application. 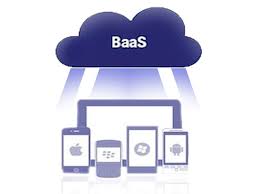 BaaS is set to compete with major IT companies such as Microsoft, IBM, and Amazon. After conducting pilot projects in February, it is planning to launch official services for foreign companies in March.

“We have solved the concerns of companies that had been working hard to apply blockchain through KT Block Chain’s implementation of BaaS platform equipped with differentiated capabilities.”

KT and Amazon come together for voice assistance services