The Impact of Technological Innovation on Travel

In 19th century England, steam engines and railroads painted the air with coal dust for the first time in the world. In July 1841, Thomas Cook and 570 travelers shared nine train cabins. The 11 mile stretch from Leicester to Loughborough costed a traveler about £3, or 1 shilling back then. This excursion organized by Thomas Cook was the making of a nascent industry. Later on, he founded the world’s first travel agency under his name. The Cook enterprise bloomed. International traveling under Cook saw the introduction of Thomas Cook’s traveler checks, which eased the burden of exchanging currencies. For the first time, travel was no longer accessible to nobility and the affluent alone. To this day, Thomas Cook still guides travelers, making it the oldest travel agency in operation.

150 years after Cook’s trip from Leicester to Loughborough, the internet was making its way to the mainstream. The world wide web enabled several companies to tap into unprecedented success. Expedia, today’s leading provider for online travel agencies, took off during the Dotcom Era.

Expedia Group jumbod in size and acquired the complimentary services Hotel.com, Trivago, and Home & Away to alleviate the company’s annual transactions to $88.2B USD (99.1T KRW) with an impressive $9.9B USD (11T KRW) profit. As Expedia flew to new heights, so was another dotcom company. In Amsterdam, the runner up, Booking.com evolved to Booking Group with Agoda, Priceline, Open Table and Kayak under its belt. When pitted together they share 66% of the world’s $1.34T USD (1,500T KRW) online travel market and 95% of US online transactions.

South Korea is known for its internet savvy population. Koreans likewise use the convenience of the internet for booking travel tickets. In 2017, travel accounted for the largest portion of online sales (18%), taking $10.7B USD (12T KRW) of $69.7B USD. Over the last five years, digital services like ticket booking has taken off.

For nearly 200 hundred years, exploring the world with grouped travel packages was the norm. The industry is shifting, though. The ‘Millennials will kill off travel packages’ clickbait might read. However, with the abundance of pointers that bloggers and paid writers post, a pool of shared experiences is readily available. Millennial adventurers source this crowd shared knowledge to cobble together a tailored vacation. Not only that, the younger generation favor seeing the world more so than their older cohorts. In Korea, the number of overseas and group travelers has remained steady over the past five years, while ‘free travelers’ have tripled. But, even this fast-growing travel industry has problems from an ecosystem perspective.

Today’s travel ecosystem is centered on Online Travel Agency (OTA) reservation platforms. The platforms connect travel suppliers as well as other suppliers that go hand in hand with the industry, like car rentals and lodging. The convenience of OTAs bundling and price checking service providers makes their websites an asset when typing up an expense spreadsheet. The value that conglomerates like Expedia Group and Booking Holdings have allowed OTAs to win market dominance. This in of itself isn’t necessarily bad, but fees collected from OTAs are approaching 25% from the single digits. With this dominance, consumer fee rates are sailing forward with little headwind.

Because of the success of attracting travelers, OTAs have grown confident in requesting more from their customers and their partners. Despite OTAs’ profit growth, auxiliary markets like hospitality are not getting their fair share in tips in proportion to the booking companies. This is because OTAs pressure service providers like hotels to exclusively provide them with the lowest rates, or risk being ejected from the popular OTA websites altogether. In a fiercely competitive market, partnered service providers find this threat palpable. Fragmented with little leverage, there is no alternative but to accept price gouging in turn for a listing.

As mentioned earlier, Millennials prefer to explore with their own selected methods to places they choose. They don’t want to herded in a group with side plans to places they have no interest in. As ironic as it sounds, free travelers infer from the collective wisdom of the internet. Candid reviews from individuals are held to a higher degree of trust than from a company making a pitch. Because of this, services like Yelp and TripAdvisor have risen in popularity.

However, our favorite social media outlets aren’t the best at screening uploads for quality control and honesty. At its worst, a review can be intentionally inaccurate; maybe a customer woke up on the wrong side of the plane seat, or the rating is one of a string from a malicious third party review service for hire. Whichever the case may be, a post that goes up rarely is modified. Aside from moral obligation, there is little incentive in returning to an old review, even if the user realizes the rating was off. A new travel content platform can overcome these limitations through a trustworthy driven token compensation system. 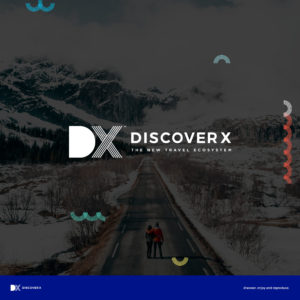 Preparing for a Win-Win Ecosystem.

The internet revolutionized business and travel, but scalability does not equate to efficiency and equality. Will an ecosystem where platforms, service suppliers and travelers work together be viable? No one can guarantee success, no matter how much money is sunk into marketing. There is however an egalitarian shift; towards the end of last year, Airbnb asked the Securities and Exchange Commission if it was possible to give stock options to 2,000 of their own hosts.

This type of change doesn’t seem to be in sync with the OTAs’ mindset. Projects like DiscoverX are thus are trying to reshape monopoly centered markets with blockchain and a token centered economy. Convincing the minds of consumers in the importance of industry change is an endeavour. Back centuries ago, the steam engine too was seen as a novelty. However, I believe that the new changes brought by many blockchain projects is the beginning of a new movement. 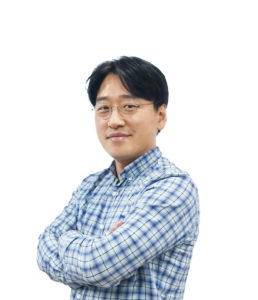 Kim Jae-pil majored in classical Chinese literature and Administration at Korea University. After having been a business commentator for the Korean media company Chosun Ilbo, he became a founding member of the online social commerce company Rotifl. After Rotifl was acquired by Kakao, he worked as a mobile marketing and fintech expert in charge of KakaoTalk‘s advertisement business team and Kakao Pay‘s billing business. He was co-founder of Oz1 Inc., a company builder specializing in O2O which invested in and developed six companies. He is currently the chief strategy officer of JIENEM and is leading the development of a contents-based travel platform by applying blockchain to VOLO, a global travel review service.