About 80 % of the Korean population uses YouTube, according to Mobile Index, a mobile big data analysis platform survey.  The number of monthly YouTube app users ( MAU ) stood at 41.8 million last month in South Korea.  This is equivalent to 81 % of Korea’s population of about 51.63 million.

The total usage time in September was 1,380,573,200 hours, and each person used the YouTube app for an average of 32.9 hours per month, which means, on average, YouTube is consumed for at least an hour a day. 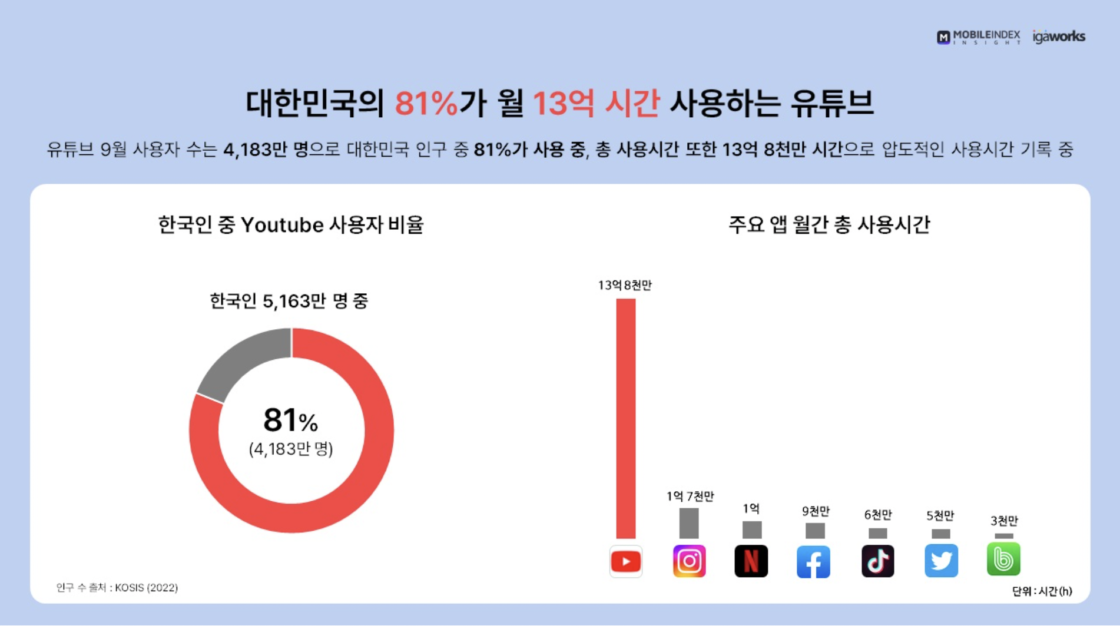 During the same period, the total time spent on Instagram and Netflix was 174.62 million hours and 96.86 million.  By age group, men under 10 spent the most time on YouTube.  They spent an average of 45.2 hours per month watching YouTube per person, followed by women in their twenties ( 40.2 hours), 20

By the day of the week, the use time on Sunday was the highest, with 49,753,590 hours, and Thursday was the lowest, with 4,443,52 hours.  In particular, YouTube had the lowest bounce rate compared to major media such as Twitter, Instagram, Band, Netflix, Facebook, and TikTok.