Netmarble to Launch The Seven Deadly Sins: Grand Cross Within the Year

Netmarble announced the success of its mobile RPG adventure game The Seven Deadly Sins: Grand Cross as it surpasses three million downloads after its first week of release.

Netmarble dedicated the success to the company’s commitment to expand and develop the game to enhance the mobile gaming experience. The game developer also noted its collaboration with international franchises and innovative game systems and the use of high-quality 3D graphics in its achievement. 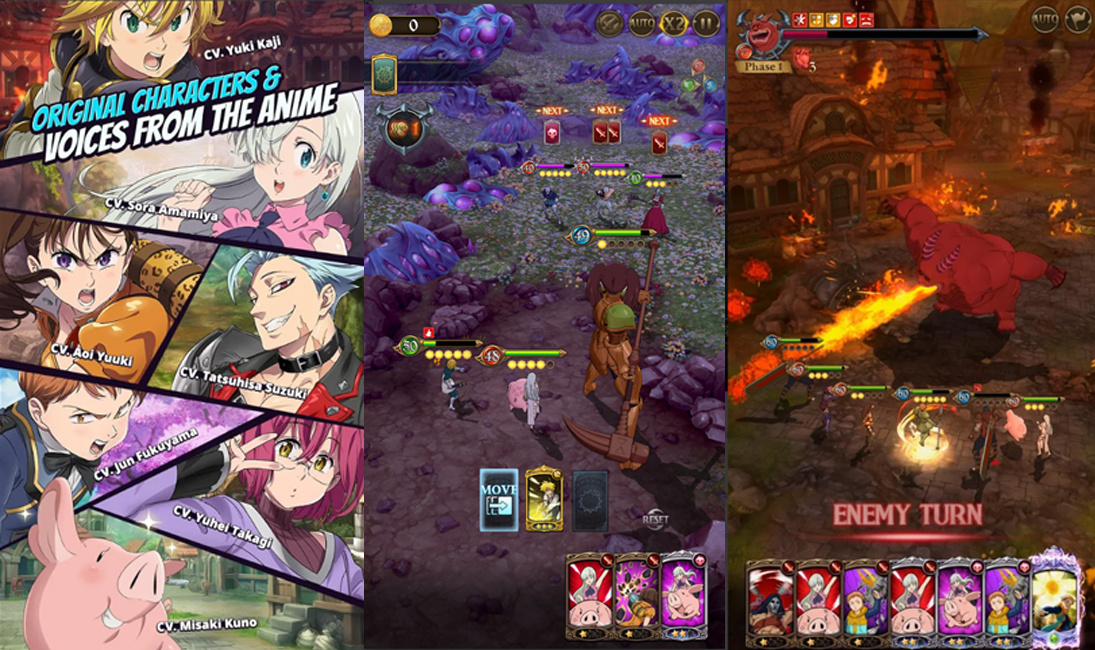 Netmarble, in collaboration with Kodansha Ltd. officially announced that their latest RPG, The Seven Deadly Sins: Grand Cross, will launch this year in March.

If you are intrigued by the upcoming mobile game, a strong recommendation would be to pre-register. Netmarble would be giving away free in-game items and currency to those pre-registered before the release date.

Pre-registered players would also receive the in-game character Meliodas, along with his weapon and outfit based on the anime show.

The Seven Deadly Sins: Grand Cross would be available in Google Play and the App Store on March 3, 2020.

Mobile games are becoming increasingly popular every day, and companies are constantly releasing new games to attract the market. With that said, Netmarble announced that it would introduce their latest hero collecting RPG, The Seven Deadly Sins: Grand Cross, to audiences worldwide.

According to the game developer, the mobile game, made in collaboration with Kodansha, a manga publisher, became the No.1 app in the Japanese App Store. The company is now taking it to the next level by bringing the game to global audiences,

Young Jae Park, Netmarble’s Executive Producer, said that he is honored to be part of the history of The Seven Deadly Sins franchise which made a global success through the upcoming release of its new game.

Park said that The Seven Deadly Sins: Grand Cross made initial success with becoming the No.1 mobile game in the Google Play and App Store charts in Japan. He added that they are eager to see how enthusiasts around the world are going to react with the game’s launch this year.

Users can enjoy playing in The Seven Deadly Sins: Grand Cross with a unique card-based combat system. The game will enable players to gather their favorite characters to create their own team and participate in co-op or PvP game modes.

As of now, six characters have yet been confirmed upon the launch of the game. Ban, Diane, Meliodas, Elizabeth, and Hawke are the confirmed characters.

The App Store and Google Play already allow players to pre-register for the game, though no specific release date for the game has been announced.

However, Netmarble does suggest that the game will arrive sometime this year in both Google Play and the App Store.

Korea to expand bilateral ties with the U.S. to resolve semiconductor shortage

South Korea fails to place the dummy satellite into orbit